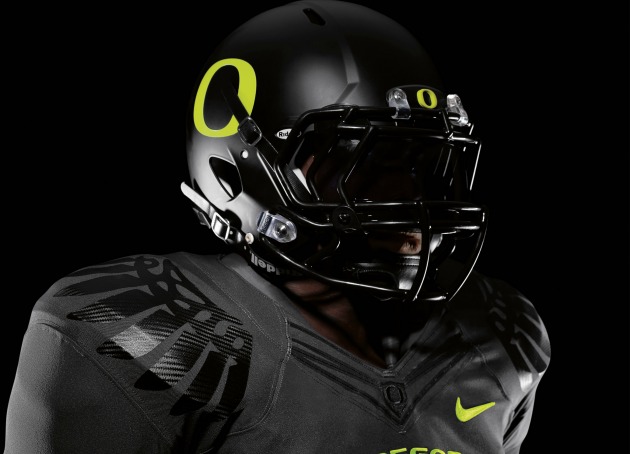 Hey Y’all!!! Ryan here from Nail’d In The South!!!! This is the 3rd installment of Nicole and I’s football series nails. Like we promised, this Friday’s football nails would be a guest post and a team swap where Nicole & I would do our nails for each other’s college teams.  As you will see over on my blog, Nicole has totally & completely outdone me.  She did my Arkansas Razorbacks serious justice & brought honor to the Hogs with some fabulous red, black, white nails! I am so jealous of her nails she did! Here on her blog I’m bringing y’all a pretty lame interpretation of the Oregon Ducks uniform from 2010 when they played in the National Championship & lost to Auburn from the SEC state of Alabama. The Ducks gave a good try, but as history proves, the SEC is the best college football conference in the nation….an SEC team has won the National Championship the past 6 straight years. haha! Anyways, I was so in love with their badass uniforms that year.  It wasn’t their typical yellow & green. They were kinda black with highlighter yellow accents & muted grey wings on the shoulders. I totally loved them.  I didn’t attempt to draw the wings. I did one design on my right hand & hated it then did something completely different on my left hand which i somewhat liked better.  The left hand design is the one I photographed.
For the nails, I used OPI “Here Today…Aragon Tomorrow” – a deep hunter green, on all the nails except the ring nail.  Then on the ring nail, I made it an accent nail with China Glaze “Celtic Sun”.  I did 4 coats of Celtic Sun because its very streaky & takes a lot to be perfectly opaque.  After the green OPI was dry, I used a painter’s sponge to sponge some Celtic Sun on top.  It gave it a kind of saran wrap/marbling effect.  Topped it all with Seche Vite. Sorry I didn’t put more effort in like drawing wings or at least an “O” or something…i have failed y’all & Nicole. But I still hope you like this color combo & sponge effect! Go Ducks! 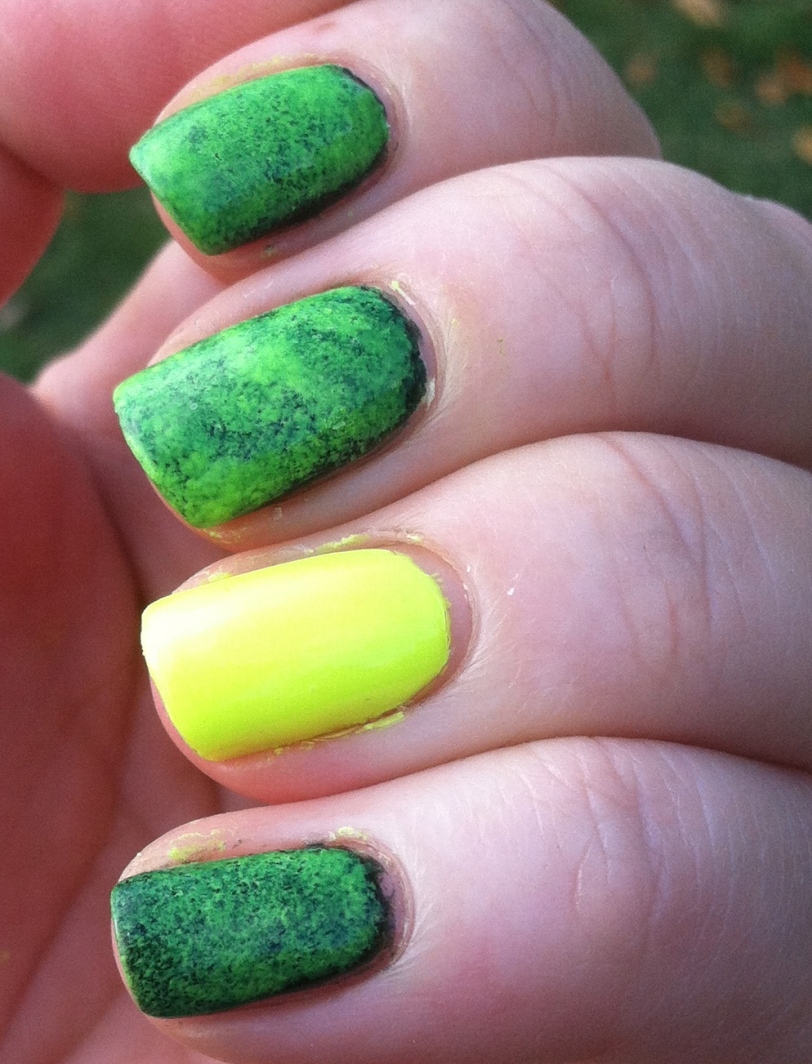 Alright, that’s it for today’s little guest post! I’m sure it’s been more than all of you lovely Nicole blog fans can stand! Haha I hope you enjoyed my Oregon Duck colored nails!!!! Hey, and right now, right this second….CLICK [HERE] and take your little bootays over to my blog to see Nicole’s HOG nails!! She is officially welcomed to Razorback Nation because she ‘called the hogs’ in her post! Check back next Friday for our tribute to our high school Alma Maters! We are doing our high schools’ mascots on our nails! FLASHBACK FOOTBALL FRIDAY!

Can we all agree that Ryan is insane and her post is AWESOME?! These nails look so cool with the sponging and accent finger, and how nice of her to remind us of a day when my team lost!! Haha. I think we know who’s the true football fan here! 😉 Thanks for Ryan for doing this guest post and thank you all for reading and commenting!! 🙂 Till next time- Happy Polishing!!